It’s hard to believe that the beds of vibrant flowers at Butchart Gardens have stemmed from the base of an exhausted rock pit. Yet somehow from the rubble, a thing of beauty has blossomed.

If you are visiting Victoria, British Columbia, this national historic site is a great way to spend an afternoon, especially if time is limited, because you’ll walk away having feasted at least four of five senses: 1) gaze at the beauty withheld in the gardens, 2) enjoy the fragrant buds, 3) listen to live music on the concert lawn, and 4) have lunch or a snack at the garden’s cafe, overlooking the Italian garden.

Particularly for cruise goers departing from Vancouver, I’d recommend flying into Victoria one day earlier to explore the British Columbian capital located on Vancouver island, with these gardens at the center of your visit. They are considered to be the world’s premier show gardens. 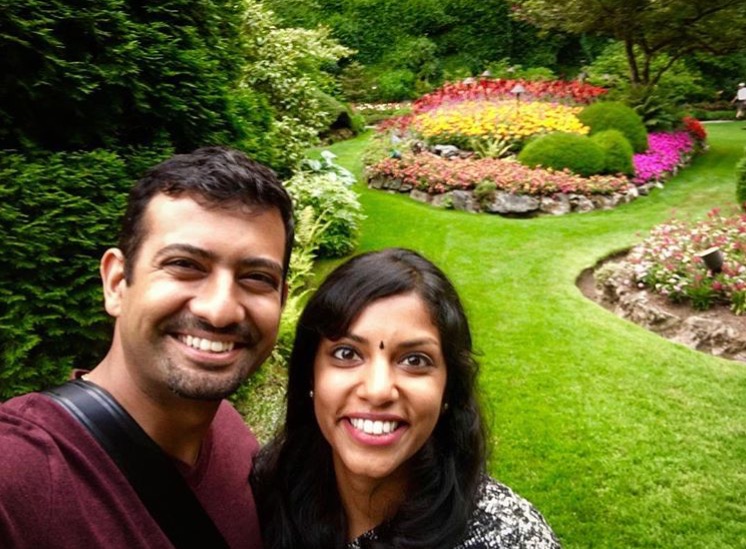 I had the pleasure of visiting Victoria, British Columbia just prior to taking a one-week Alaskan cruise aboard the Celebrity Infinity in August 2017. My father had raved about the world-famous gardens and encouraged my husband and me to fly into Victoria the day before the cruise departure. We would explore Butchart Gardens, spend one night in Victoria, and then take the BC Ferry to Vancouver to catch our cruise the next day.

The gardens did not disappoint, as they offered an abundant bouquet of visual and aromatic delight. 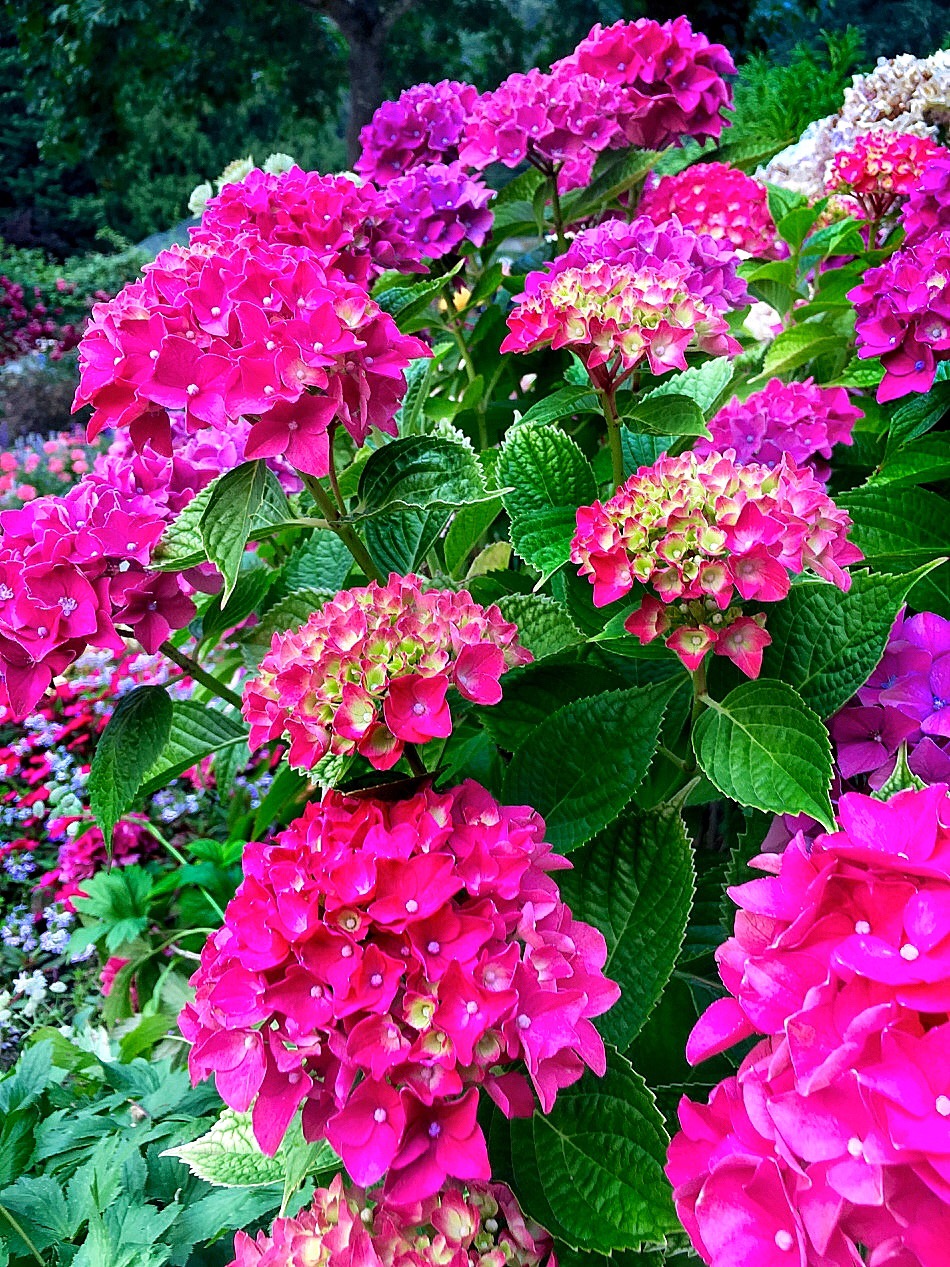 While I will admit I feel like I have have seen more varieties of flowers or larger gardens at other botanical attractions, what is most impressive at Butchart is the way the gardens are arranged beautifully and thematically, evoking at once scenes from Alice in Wonderland, a peaceful Japanese temple ground, and an Italian piazza.

Open spaces in the middle of the gardens allow for events such as concerts and festivals to take place at different times of the year. In fact, when we visited, we were able to enjoy some live music on the concert lawn.

On Saturday nights in the summer, the gardens also feature fireworks, though we were too exhausted to stick around for the show.

History of the gardens

Originally this area around the gardens was a quarry started in 1904 by cement magnate Robert Butchart, who came to the land from Ontario, attracted by the region’s limestone deposits. He and his wife, Jennie, maintained a home close to the quarry.

When the limestone traces became depleted, the Butcharts decided to replace the quarry pit with something beautiful in its place, and so began the development of Butcharts’ famous Sunken Garden. A thing of beauty emerged from rubble.

Today, the Sunken Garden is one of the most dramatic points of interest in this garden, and still hints at traces of the quarry it replaced, remnants contained in along the walls that line its edges.

Following our tour of the gardens, we headed to our hotel, the Doubletree, located in downtown Victoria just blocks from the British Columbia seat of government. 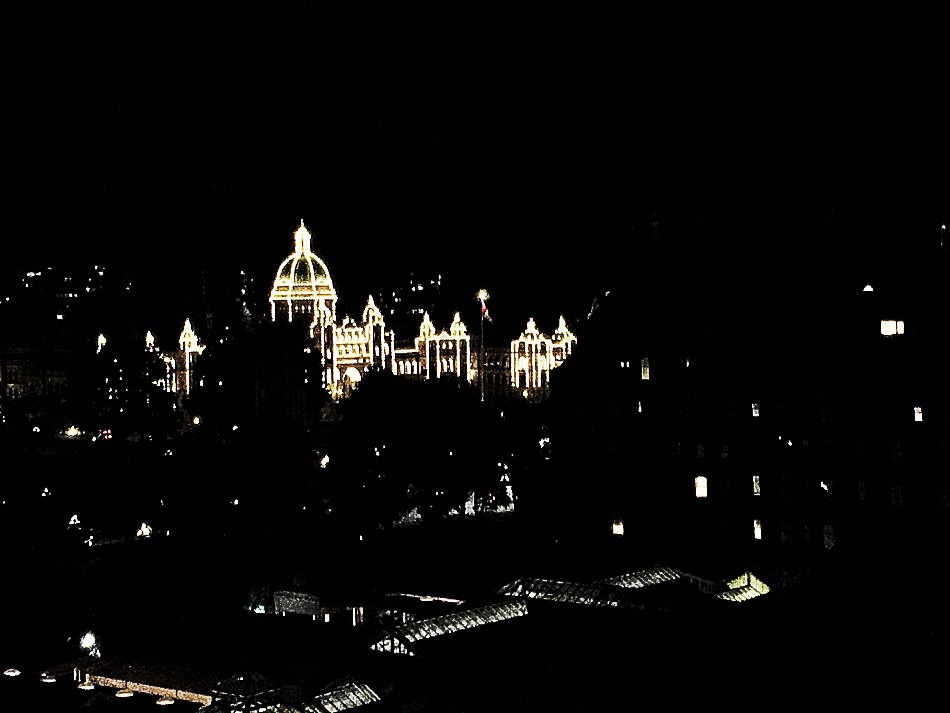 Though we were tired, we managed to stay up late enough to get dinner at Bartholemew’s English Pub situated at the lowest level of the hotel. I was expecting typical greasy pub food, but I was pleasantly surprised when I ordered the House Salad with yogurt dill dressing and was treated to a colorful mix of fresh vegetables and fruit, some of which I had never eaten before, including fresh figs, which were delectable! Initially mistaking them for papaya, because I had never seen fresh figs, I asked the waiter to confirm my doubt since I didn’t see this ingredient listed on the menu. He told me the chef simply tossed in whatever seasonal fruits he could find, and I was impressed to dine on such healthy fare so late in the evening at an English pub.

Finally, bellies full and eyelids drooping, we trudged to our rooms to get a good night’s rest before departing on our first-ever cruise experience the next day.

For a full account of things to do aboard a cruise and on a southeast Alaskan vacation through the Inside Passage, subscribe to the In Transit blog via email. I’ll be providing tips on how to plan your Alaskan cruise trip!

1 comment on “Feast Your Senses: 24 Hours in Victoria, British Columbia”