I recently received one of those chain e-mails on “How to Identify An Indian.” It’s not the first time I received this e-mail, but it was the first time some of the entries actually kind of bothered me. I don’t know whether it’s because over the last few months I’ve seen just how generous and resourceful Indians really are, or because I’ve taken more pride in being Indian myself:

“2. You try and reuse gift wrap, gift boxes, and of course, aluminum foil.
15. You have a vinyl tablecloth on your kitchen table.
16. You use grocery bags to hold garbage.
19. You carry a stash of your own food whenever you travel (and travel means any car ride longer than 15 minutes).

36. You have mastered the art of bargain shopping. “

Ok, so I’ll be honest, they’re all true for the most part and it’s not like any of them are outwardly insulting. Hey, I do have a sense of humor, and I’ll admit I found myself smiling to all of these because they do characterize the Indian mentality. At the same time, it’s disturbing that
there are so many entries that focus on the rather “cheap” practices of Indians that could actually be considered resourcefulness. As I noted in an earlier entry, Fulbright Fellow Shiva Ayyadurai of M.I.T. said Americans talk about sustainability, but Indians actually live it. Perhaps that’s (somewhat) the case here.

Sure, Indians still have a long way to go with regard to sorting out recyclable materials, trash disposal, and managing e-waste, but when it comes to conservation, we got it down pat. Indians just expect value for their money, so they will milk every paisa out of their purchases. It’s not cheap. It’s resourceful. 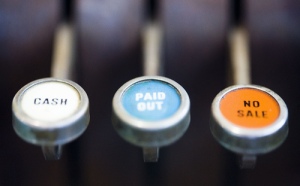 Plus, Indians are actually quite generous. When I go to my aunt and uncle’s house on the weekends, I’m offered food at least six times, even if the last meal I had was half an hour ago. I’ve only been working at The Hindu for a month, and already five different people have taken it upon themselves to “treat” their fellow office members for any happy occasion: birthdays, front page stories, bylines….one girl bought catered food for the entire City/State section because she lost her cell phone for five minutes and found it again. At first I thought it was silly, but now I see it’s sweet: although competition is fierce, they share their successes and happy moments with their colleagues. In the U.S. it’s the other way around–on your birthday, you expect everyone else to give you gifts.

When I see the true generosity of Indians, it’s really hard for me to label them as cheap. Your cheap is my resourceful. Tomayto, tomahto.